Technically, it’s still Winter. A minor technicality! But, in the book blogging world, it’s Spring! And that means one thing, the best thing – Spring Blogger Event! The annual get together for Team Books and The City at Simon & Schuster and their community of loyal bloggers. In a word, it’s exciting. In 3 words it’s cake, fizz and books!

This is my third time attending the Spring Blogger Event – and it’s my favourite book event of the year! This year, my lovely friend Kelly came with me again for the trip to London – she can’t come to the event itself, that’s strictly bloggers only, but she comes along to keep me company. We arrived in a wet and grey London just before lunchtime and made our way to Kings Cross to check in to our hotel. We then whizzed over to Leicester Square for a trip to the newly opened Lego Store (we have 5 kids between us, 4 boys so Lego is a high priority) and then to Chinatown for Lunch – well, it is Chinese New Year! (Note: Year of the Rooster, and I’ve just realised I’m a Rooster!) 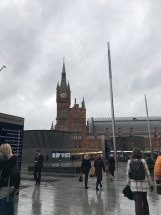 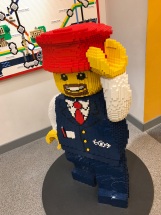 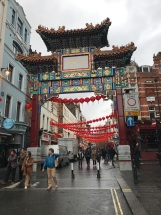 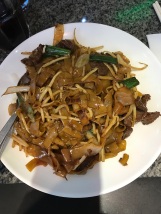 Essentials out of the way, we headed back to the hotel for a coffee and to put our feet up for a few hours before the main event.

We arrived at 222 Grays Inn Road (home of Simon & Schuster) at 6pm and I reacquainted myself with the lovely Linda Hill as we were first to arrive! Bloggers slowly trickled in and I caught up with Emma and Julie and said “hi” to a few other familiar faces in the foyer before we were whisked upstairs for coffee and biscuits.

This year, SJ (Sara-Jade Virtue, Head of Special Sales at S&S and Project Manager for Books and the City) decided to confuse us all and switched the room layout around a bit which caused a lot of excitement! We all went in, were seated and were introduced to our 4 authors – Alice Peterson, Dani Atkins, Milly Johnson, Kate Furnivall – and Editor Jo Dickinson who was our compere for the evening. 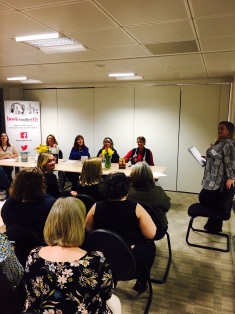 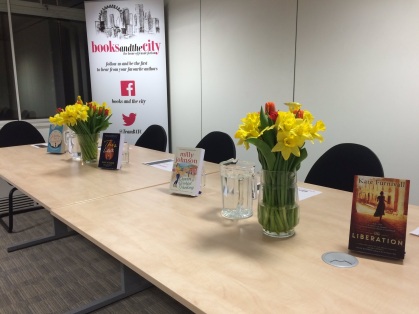 The usual format for these evenings is that each author reads a chapter of their latest book in turn and the Editor asks questions relating to each book, followed by a general Q&A. Last night, it was different, and I LOVED the new format! Jo decided that each author should tell the audience 3 facts about themselves. Two had to be true and one was a lie – and we had to decide which was which!

They were as follows:

I won’t tell you which were fact and which were fiction as there’s no fun in that – you can guess! Feel free to tweet the authors and I’m sure they will reveal all!

There were other questions and the answers were all really interesting. The main bit of advice was “if you want to write, write! Write 1000 words a day for 100 days and in 3 months, you’ve written a book. It doesn’t have to be the finished article, it doesn’t even need to be brilliant but just write it!” Milly, Dani and Alice then read extracts from their books.

We were also lucky to have Juliet Ashton and Sarah Vaughan in the audience and they too gave 3 facts and answered questions.

Following the discussion, we left the room for the three things (0ther than books) that make book events with Team BATC special – Fizz, cupcakes and cocktails sausages! We then formed an orderly queue, collected our goody bags and met the authors where they had a chat with us all and signed our books. 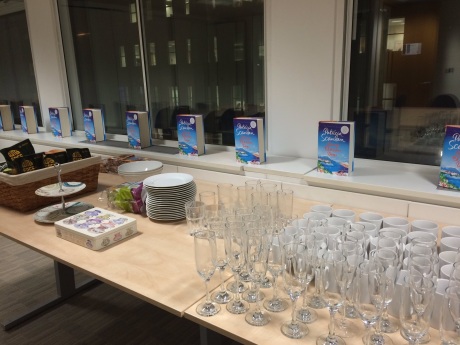 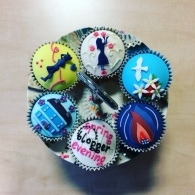 After the event and back at the hotel room (following a McDonalds in bed, in my PJs with wine….classy!) I unpacked my goody bag – and squealed a lot! We all received a copy of Alice’s, Dani’s, Milly’s books along with chapter samples of Kate’s, Juliet’s and Sarah’s books. PLUS a copy of Paige Toon’s new book and copies of Patricia Scanlan’s, Helen Ellis’s and Catherine Bennetto’s books. AND we had a lip scrub, lip balm, pencil, notebook and some tissues! WHAT a goody bag that was!!! 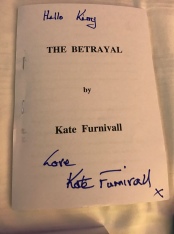 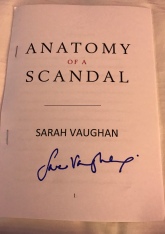 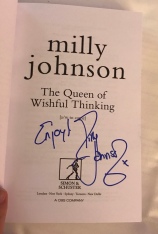 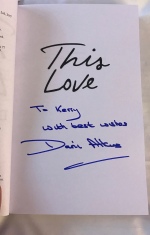 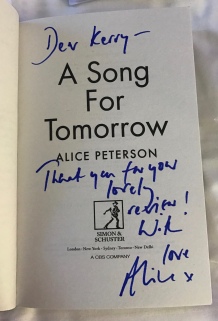 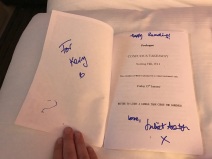 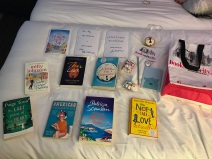 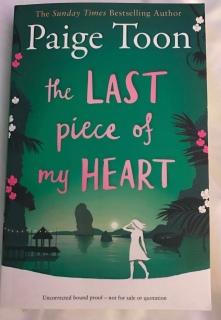 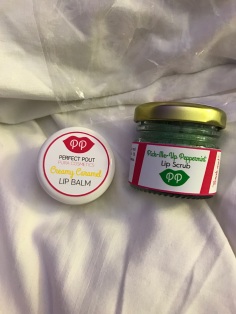 I always enjoy the Spring Blogger event and I can not wait for the next one (I hope I’m invited back!!)

Many thanks to SJ and all of her Team at Books and the City and Simon & Schuster for a fun, fizzy, frolicky evening!